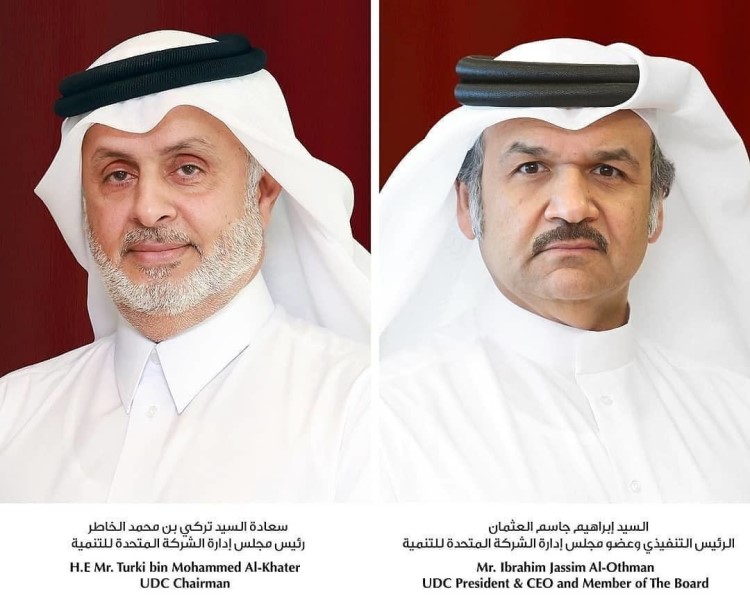 
United Development Company (UDC), the master developer of The Pearl-Qatar and Gewan Island, announced its financial results for the third quarter of 2020, reporting net profit of QR 123 million on revenues of QR 849 million. The net profit attributable to the equity shareholders stood at QR 96 million and basic earnings per share was QR 0.027.


In spite of the pandemic’s negative impact, UDC has been actively pursuing development activities at The Pearl-Qatar and Gewan Island, while maintaining quality, safety and environmental standards, which ensures UDC’s sustainable growth and creates new opportunities and revenue sources over the long term.


UDC has also achieved major strides in the development of Gewan Island with four major concrete pours completed on Crystal Residence’s 15 mixed-use buildings, marking the completion of more than a third of the total land area, in addition to ongoing dredging and infrastructure activities throughout the Island.


The reopening of beaches, mosques, retail stores and restaurants has resulted in an increase in visitor influx and consequently commercial activity.


UDC is a leading Qatari public shareholding company with a strategy designed around identifying and investing in long-term projects contributing to Qatar’s growth and providing shareholder value. Established in 1999, the Company was first listed on the Qatar Exchange in June 2003. It has an authorized share capital of QR 3.5 billion and total assets of QR 18.9 billion as at 30 September 2020.

UDC’s General Assembly Elects New Board of Directors and Approves Dividend Distribution of QR 194,747 Million equivalent to 5.5% of the Share Par Value