For the first time in the State of Qatar, on World Environment Day… UDC inaugurates the ‘Seabin’ project to maintain clean waters at The Pearl-Qatar 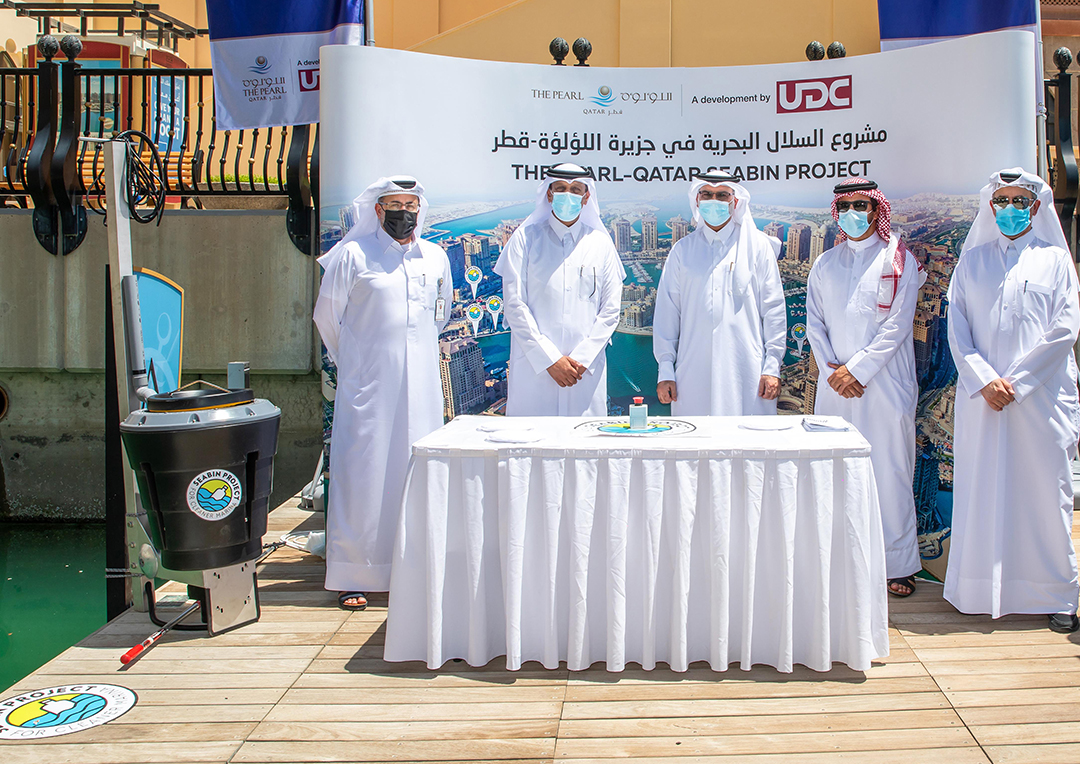 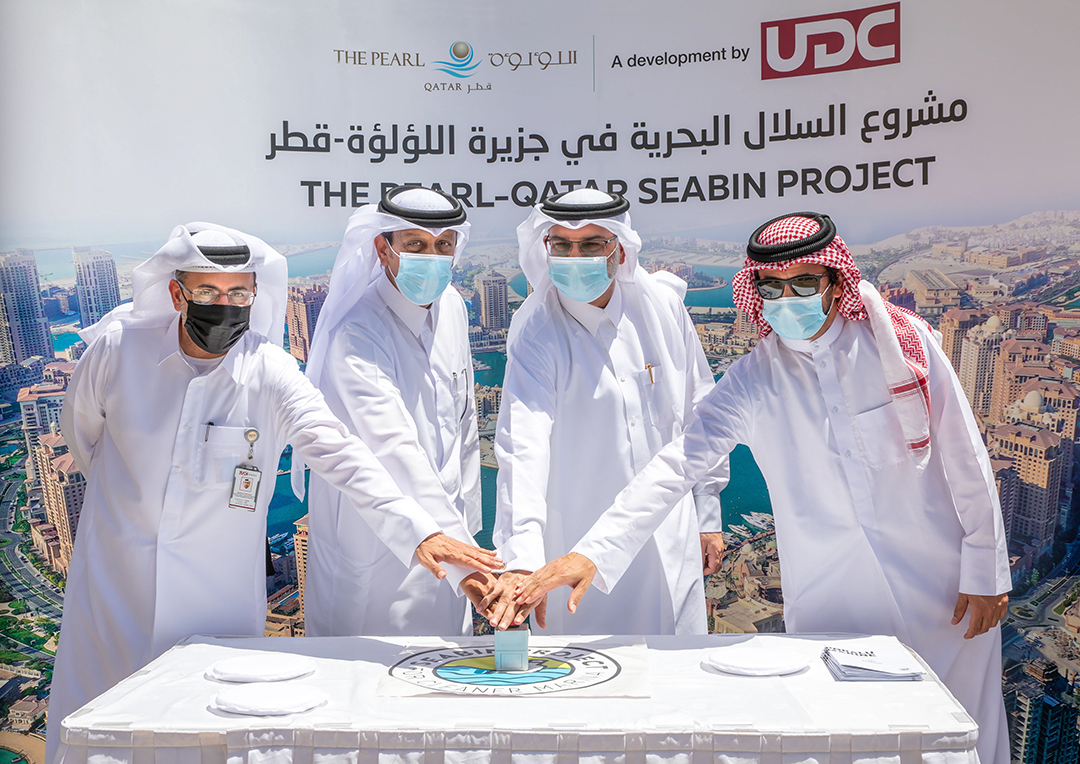 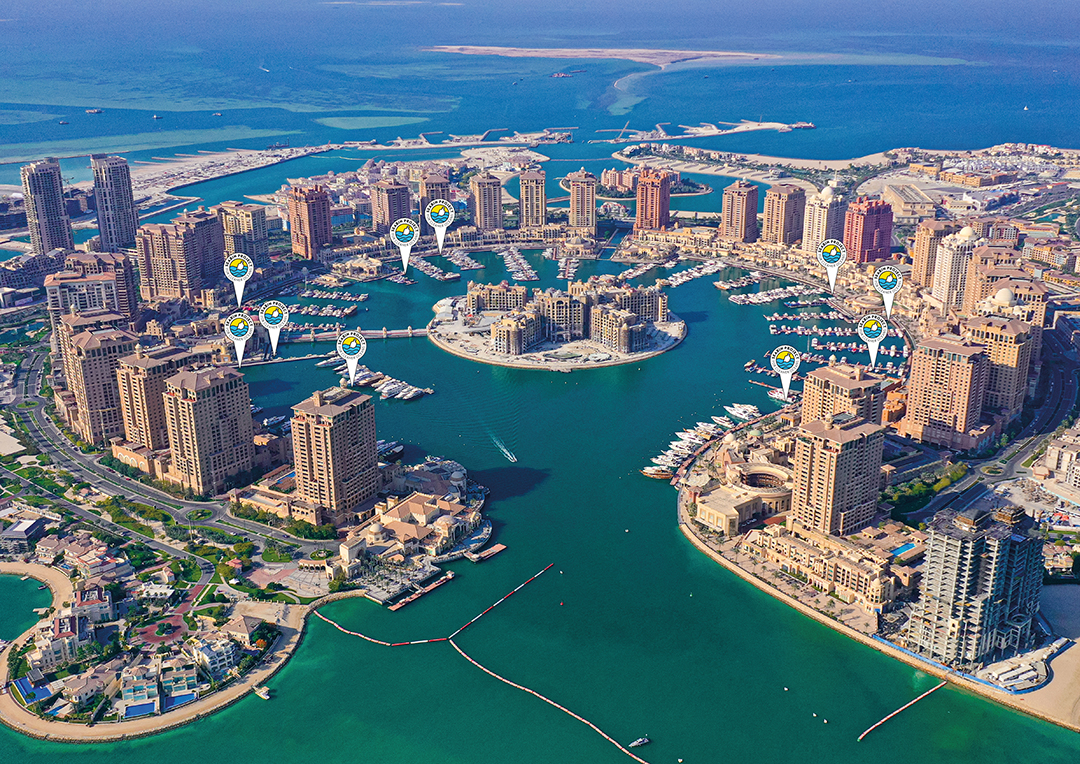 United Development Company (UDC), a leading Qatari public shareholding company and the master developer of The Pearl-Qatar and Gewan Island, inaugurated a new environmental ‘Seabin’ project, the first of its kind in the State of Qatar, to prevent sea pollution and protect marine species at The Pearl-Qatar.


The event, which took place on the occasion of World Environment Day, was held in Porto Arabia Marina where the seabins have been installed in ten different locations, in the presence of senior officials from UDC and the Ministry of Municipality and Environment.


Driven by UDC’s commitment to sustainability practices, the seabin project is a multi-award-winning invention that acts as a floating trash bin and sucks waste including plastic, oils and contaminants from the water of docks and marinas, removing hazards to marine life and maintaining a healthy ecosystem.


The seabin is made from recycled material and its catch bag can hold up to 20 kilograms. Each day, the seabin has the potential to collect almost four kilograms of floating water pollution and filters over two million liters of water. Per year, the seabin can collect approximately 1.4 tons of debris. This is as many as 90,000 plastic shopping bags, 11,900 plastic bottles, 50,000 water bottles, 35,700 disposable cups, and 117,600 plastic utensils.


Seabin collected waste is recycled and reused as part of UDC’s ongoing recycling program which has helped recycle 22% of total waste generated at The Pearl-Qatar.


Starting with ten seabins in Porto Arabia, UDC estimates that within one year, 15 tons of microplastics, marine litter, oil, fuel and plastic fibers will be removed by filtering 2.3 billion liters of water. UDC further plans to increase seabins up to 30, covering more locations in Porto Arabia and Qanat Quartier.


The Pearl-Qatar prides itself in its multiple initiatives that reflect positively on the environment through recycling, pollution reduction, energy and water saving measures. Through its recycling and waste management strategy, UDC was able to achieve significant environmental savings at The Pearl-Qatar which contribute to a healthy and balanced ecosystem, preserve natural resources and ensure the wellbeing of the Island’s residents and community.


UDC also plays a vital role in the National Climate Change Action Plan (NCCAP) which aims to position the State of Qatar as a pioneer in climate change initiatives and is soon to introduce a new technology that leads to significant reduction in carbon footprint.